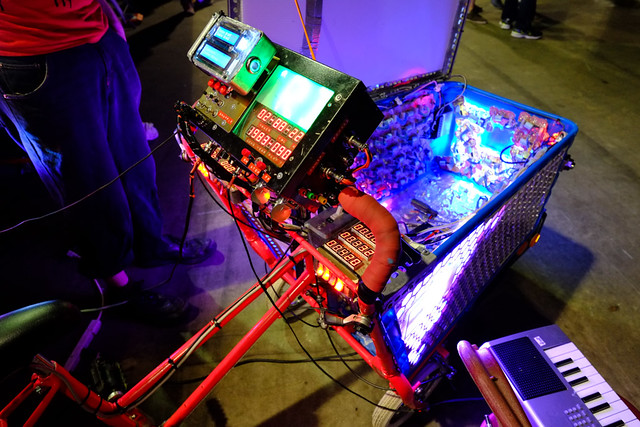 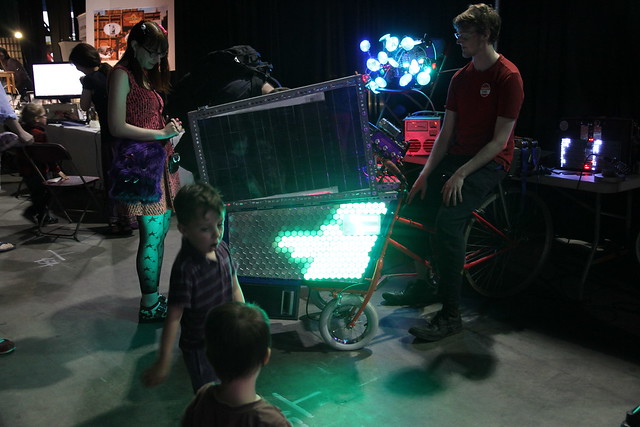 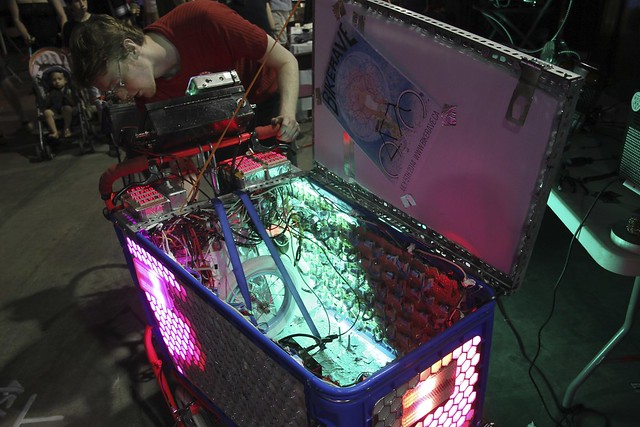 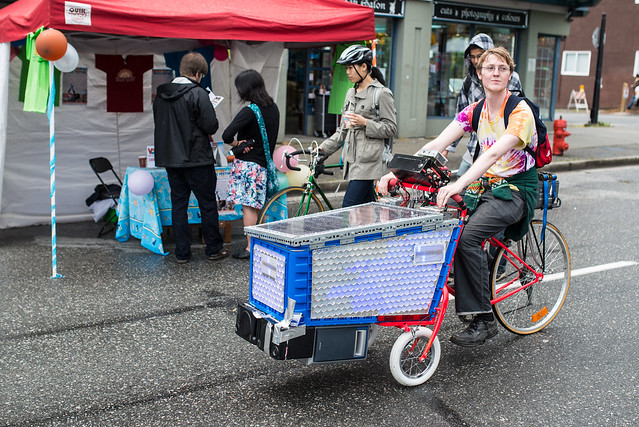 After prepping the shopping cart cage with shiny tape and diffusion it’s time to start installing the LED circuit boards.

After adding shiny tape to the cart I started working on diffusing the LEDs. The circuit boards I designed don’t scatter the different colors LEDs out very much. It was a sacrifice I had to make in order to keep costs down with single sided copper clad boards. Diffusing will make blue and red produce purple, instead of two discrete spots of each colour.

I used the CNC machine to cut the diffuser panel into hexagons to fit into the cells of the cart basket.

I inserted the hexagonal diffuser panels into the cart with a very liberal amount of clear acrylic. The acrylic will help diffuse the LEDs further,

I wanted to get a lot of the circuit boards done before carrying a rusty abandoned shopping cart back to my apartment. The landlord already think I’m a crazy person. I don’t think she would fully understand if I said “It’s for an art project, I just need to finish building circuit boards for it”.

It was a dark blue shopping cart, so before installing the LED boards I decided to cover the cells with reflective aluminium tape. It will make the lights brighter.