[March 2013] I was at a rave Wreck beach last night and for some reason there was a shopping cart down there.  It could be debris from the 2011 Japanese Tsunami. It was a plastic shopping cart with a hexoganal (honeycomb) basket. I started thinking about how amazing it would look if each of the cells were lit up by RGB LEDs. When I got home (after being chased off the beach by a police helicopter), I designed an LED PCB to fit the shopping cart.

I CNC’d and populated the circuit boards the next day. They work very well.

This project calls for 121 of the circuuit boards, so I’ve spend the last two weekends running the CNC machine and soldering. 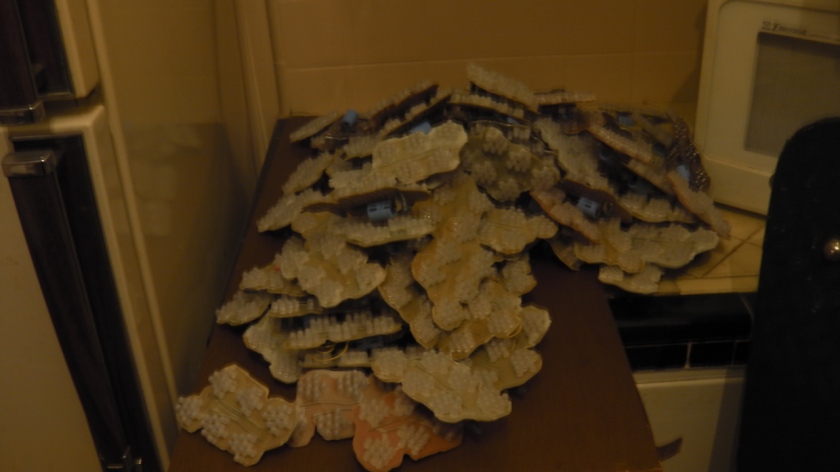